I have been writing longer than some of you Emcees have been alive. And so, I would like to share some of my thoughts with you in the hopes of inspiring you to become the best Emcee that you can be. Take it or leave it.

My mother is a Poet and instilled that love of words in me as the foundation. As I grew and began writing for myself, I started with poems and that turned into lyrics once my “Lyrical idols” started molding and inspiring me to do what they did.

Coming from a poetry background, I had used my imagination to write stories about others in poems. My imagination is very vivid. A blessing and a curse at times.
So when I first started listening to Hip-Hop, I saw how they also told stories. Mixing reality with fable. The majority of the Emcees that impacted me growing up, were great story tellers. Not a “Storyteller” in the sense of “Hey man…dude can spit them street tales”…But in the sense of making up a story from ones imagination. Whether for entertainment or in the form of a lesson.

“A.O.A (Alive on Arrival)”, “Once upon a time in the projects”, “My summer Vacation” By Cube

and of Course…”Ladi Da Di” and “Children’s Story” by Slick Rick…
To give a few examples of songs that inspired me…
The list could go on and on…and I am not even touching country and rock who have excellent story tellers as well.

All of these Hip-Hop tracks took the listener somewhere…
and as I stated before, either entertained you or taught you a lesson or both.
These Emcees used the imagination to tell a story.
IMO, Story Telling is a huge missing part of lyricism today.
The majority of lyrics are braggadocio based this day in time.
Which is cool to a degree. The Emcee started off like this…
But being able to make up and tell a story only adds to your arsenal of lyrical weapons and makes you a well rounded writer.

Honestly, I can’t remember the last time I heard a really sold story by an Emcee. And that saddens me.
I could go on a rant about how the music industry has killed creativity by forcing rappers to sound the same in order to get paid or noticed…but that’s another subject.

We are here and now for here and now…
So I wanted to encourage you to kick the fuckin walls down of the box that so many have been put in to.
I wrote awhile back in another post that there is nothing new under the sun that can be said that hasn’t already been said by someone throughout history. We can’t do it. What we can do though, is continue to find new and inventive ways to say what is on our mind and one of them ways is through the art of storytelling.

If you are the type of Emcee who takes pride in their lyrics and strives to be a great writer, not just a hot rapper, I encourage you to branch out and tell a story.
Make something up..create a character, have that character go through some shit that we wouldn’t ordinarily go through. Have them experience something we all experience as humans and can relate to but from their perspective…
Create a superhero…tell the story of someone you know…
God didn’t give us imagination and not intend for it not to be used.
This is how we grow and inspire.

You have to imagine the song as a mini movie and structure it as such.
1st verse- Introduction/ start of the story.
2nd Verse-the plot and actions taken…
3rd verse- the wrap up..end scene.
However you wish to structure it.
I generally do not like to leave my listeners hanging.
I like to complete the story…beginning-middle and end.
But YOU do YOU…You wanna set them up for a sequel?
You wanna leave it wide open for the listeners imagination to finish?
How do YOU wanna do it? The world is yours, Chico. Create it!

We all have stories inside us. We all have minds that are capable of going wherever we choose to take them. This is a gift. I encourage you to use it.
I implore you to use it. Tap into the power.
You can easily search the examples of stories that I posted above. Listen to what they are talking about.
Go with them on a journey and never leave your house.

For example…
In the song A.O.A By Cube, he has been shot in a drive-by and is at the county hospital waiting to be seen. He paints a vivid picture of a crowded hospital, Overworked doctors, the police coming in and questioning him while he is bleeding…followed by his outcome.

I love this line, cause it puts you in the waiting room, watching the T.V. on the wall…He made you identify and see it.

“Now the drama starts-Cause the bullet must be just a hair from my heart- I begin the ass-kissin-Just to get looked at-by an overworked Physician-Had the chills but my temperatures a 103-Only got a band-aid and an I.V.-That’s when I start cussin-Police steady asking me-who did the bussin…”

See how you can see Ice Cube shot and dying in a county hospital and all the drama surrounding him? He brought you in…
And the production on the song only adds to the tension.

These Emcees will take you on a trip if you are willing to go…and when you come back..you will be better equipped to take others on a Journey that you are the tour guide for.

So try it..you never really know what will come out of you until you sit down and start letting something come out of you.
Don’t worry about it being a single or a hit record. Remove that from your mind. You have records that address that area. This is YOU…Your creativity and imagination at work.
Tell us a story!

In Closing…to put my money where my mouth is…I am gonna leave you with some links to my stories.
I pray I bring something out of you in the same way that my elders in the game brought something out of me.
Keep that pen movin! Best of luck…God Bless.
Sincerely,
Mr.Johnson.
11/17/15
4:44 PM

WHEN I SEE YOU…
A tale of deadly Love over the ‘Phone Tap’ beat..
http://scottjohnson.bandcamp.com/track/when-i-see-you

D IS NUTS!
One of my proudest stories…
Slick Rick is considered to be among the best Story Tellers in the game. I challenged myself to write a more vivid story than “Children’s story” over a remix of “Children’s story” from the perspective of “Dave the Dope Fiend”. I do believe I achieved this.
http://scottjohnson.bandcamp.com/track/d-is-nuts

The next set is a series…
The first song is a tale of me being personified as “Good Music”…a Superhero of sorts battling “Garbage Music” and his henchmen.
THE LETTER
http://scottjohnson.bandcamp.com/track/the-letter

The next installment comes from my album ‘Man Of Trill’ which is also Superhero based and themed throughout the entire album.
I have already battled “Garbage Music” and now I am describing how the hood is since he has taken control…
LAND OF ILL
http://scottjohnson.bandcamp.com/track/land-of-ill

and Once the ‘MAN OF TRILL’ is called upon…
He has the final battle with “Garbage Music”
VENGEANCE IN STEREO
http://scottjohnson.bandcamp.com/track/vengeance-in-stereo

THE PATH…
A tale of two individuals on opposite journeys…
http://scottjohnson.bandcamp.com/track/the-path

I have plenty more, but they need to be reworked and updated..
But I hope I have proven my worth to you through my personal examples of Story Telling and inspired you in some positive way.

Now…Lets hear what you got! 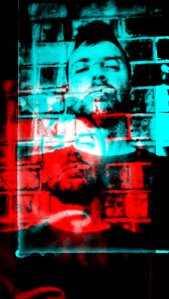